JLM: A Consent and Capacity Board Decision Explained 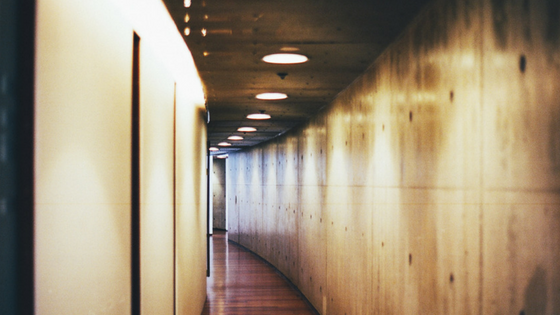 The Consent and Capacity Board

The Consent and Capacity Board (CCB) is a decision-making body in Ontario that makes legally binding decisions about a variety of matters relating to consent and capacity issues.The decision-makers are not judges but either a lawyer, or a panel consisting of a lawyer, psychiatrist and community member. The Board hears cases within days or weeks of being filed (as opposed to more than a year in most other tribunals in Ontario).

One very common issue that comes before the CCB is the issue of whether a person who is an involuntary patient at a psychiatric facility ought to have his or her involuntary status upheld and be forced to stay, or rescinded and be free to leave. The reason this issue is so common is because involuntary patients are entitled to have the decision that holds them in facilities against their wishes reviewed by an independent body.

The two parties to this type of hearing before the CCB are typically a patient and his or her psychiatrist. Sometimes family members attend as witnesses or parties to the hearing, depending on the nature of the issue. Patients are typically represented by lawyers who are paid by Legal Aid Ontario. Psychiatrists often, but not always, represent themselves.

In the case of JLM, there is nothing remarkable in contrast to the many other involuntary status cases. However, a review of the facts and the law should prove educational to those who wish to learn more about the CCB and mental health law in Ontario.

JLM is a 21 year old man with bipolar affective disorder who was staying at a hospital as an involuntary patient. The police brought him there after he allegedly ran through the hallways of his apartment building with a knife.

He was “formed” with a Form 1, which authorized the facility to apprehend JLM for a maximum of 72 hours to observe and examine him; and then again with a Form 3, which continued the detention for 14 calendar days. In accordance with the Mental Health Act, a rights advisor was notified and met with JLM to provide information about his rights as an involuntary patient and his right to have the decision reviewed by the CCB. JLM decided to have the decision reviewed.

The decision to make someone an involuntary patient is based upon specific legal criteria in the Mental Health Act. It is a decision made by a physician (as opposed to family members or other health professionals). The CCB’s task was to review those criteria and determine whether JLM continued to meet them.

The CCB heard testimony from JLM’s psychiatrist and JLM’s lawyer. It heard that JLM was cooperative in the hospital, had been taking his medication and was being transitioned out of the psychiatric intensive care area.

The CCB also learned more about the circumstances at the apartment building – no one was harmed and the only witnesses were unnamed neighbours who had contacted the superintendent, who then called the police.

In fact, the main concern about JLM was that he would discontinue his medication upon discharge (as he had prior to the alleged knife incident) and that there was a likelihood he would hurt himself – either intentionally or incidentally – or someone else.

The CCB did not believe that if JLM was discharged he was likely to cause harm to himself or another person. JLM had no criminal record or police involvement, and had never harmed or assaulted any person in the past.

The CCB unanimously decided to rescind JLM’s involuntary status. This means that JLM was free to leave the hospital or stay as a voluntary patient. Had the CCB upheld the certificate of involuntary status, JLM could have appealed that finding in court.

If you have any questions about the Mental Health Act or require representation at the Consent and Capacity Board, please contact Lisa Feldstein Law Office.