US cases force us to revisit the definition of death 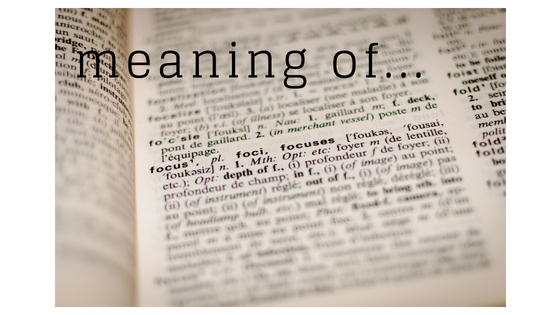 Should a brain dead pregnant woman be kept alive against her family’s wishes so that her baby can be born? Should a young girl be allowed to remain on life support after she has been declared legally dead?

This blog discusses two recent cases in the United States that illustrate the bizarre intersection of law, medicine, ethics and technology, and the continuous struggle to navigate complicated end-of-life situations.

In California a 13 year old girl is brain dead. According to the National Post, she was “pronounced legally dead by medical doctors” but “remains alive in the opinion of her parents”.The girl’s mother is quoted as saying:

“We don’t think she’s dead. She’s not passed. Her heart beats. Her kidneys function. She regulates her body temperature. … She should not be treated as a dead person.”

The family is having the girl transferred to a different facility to be “kept alive” on life support.

In Texas, however, a family is struggling in the opposite scenario.  A 33 year old woman is brain dead and connected to life support. Her family informed the hospital about her wishes not to be on life support in this kind of situation, but the hospital will not remove the life support because she is pregnant. The family feels she is being treated as “a host for a fetus”. To further complicate this case is the question of the rights of a fetus – an answer that varies from jurisdiction to jurisdiction. This case begs both hotly debated questions, when does a life end? And when does a life begin?

And of course, looming in the background of any discussion involving when life begins is the abortion debate, ready to be contested by passionate advocates for both the pro-choice and the pro-life camps.

In Canada we face similar issues although the law is in many ways quite different. An individual’s prior capable wish often prevails, and we do not recognize fetuses as having rights (at least not until after they are born – a nuanced topic beyond the scope of this blog).

The recent Rasouli case illustrates the family/hospital dichotomy regarding when to remove life support. Mr. Rasouli is in a persistent vegetative state (though not brain dead). His family wants to continue life support even though his doctors believe that to do so is medically futile. The Supreme Court of Canadaconfirmed in the Rasouli case that the hospital cannot unilaterally withdraw life support without the family’s consent (see our detailed blog on the Rasouli decision here).

When is a person considered dead?

When is a person considered dead? When the heart stops beating? When there is no brain activity? Unless there are obvious signs of death (such as decapitation or visible decomposition), it can be tricky to know whether a person is really dead. You might be surprised to learn that there is not an agreed upon definition of death – you will get a different answer depending on who you ask (especially across different fields such as law, medicine and philosophy).

Defining death does not draw solely on medical or biological criteria, but includes social and cultural norms as well.

In Canada the legal definition of death is uncertain, although we like to draw well-defined lines for the purposes of clarity. For example, under the Declarations of Death Act, a person can apply to court for an order declaring that an individual has died – even if there is no body to prove it.

Families tend to define death from an understandably emotional perspective – if the body is warm and mostly functioning, the person must be alive.

Why does it matter when a person is considered “legally” dead?

Between life and death people can exist in an ambiguous state where it is not agreed upon whether the individual is dead or alive. The difference between whether a person is dying or dead can have significant consequences.

One reason this distinction is important to make is because the determination of death affects when organs can be removed for donation. From a donation perspective, it is best to be able to procure the organs as soon as possible; however, if a person is not yet dead it could be considered murder to prematurely remove those organs. And Ontario organ donation legislation provides no guidance.[1] This dilemma exposes health practitioners to potential civil and criminal liability, and can also affect the number of organs available for post-mortem donation.

The legal rights of a person also change when a person is legally dead. If the person is alive, decisions for that person (at least in Ontario) are made by a substitute decision-maker as determined by the Health Care Consent Act.However, the law dictates who makes decisions about a body after death – and it is not necessarily the same person. So it can be potentially confusing to determine who is the legal decision-maker and which set of laws governs decision-making. Similarly, there are rules about transporting bodies that differ if the individual in question is alive or dead.

There are also obligations to notify the police or a coroner if a person is believed to have died under certain circumstances, such as a result of violence or malpractice, or while resident in a long-term care facility.  It would be premature to report a death if the individual is not dead, but also contrary to the law to fail to report if the individual is in fact dead.

When does a family need legal advice? And how can a lawyer help?

Families should seek legal advice as soon as a dispute arises. The relationships among family members and between a family and a hospital are delicate. Although typically everyone has the best of intentions, there can be disagreements that taint the end of life process and make families feel like their loved one is dying without dignity.

Hospitals often arrange family meetings and may even include ethicists in the discussion. However, there is always a legal context framing what can and cannot be done, who is the decision-maker, whether a prior capable wish prevails, and so forth. No matter what hospital policy or ethics dictate, the law is always a relevant consideration.

Health lawyers can provide advice to family members about their rights and obligations in end-of-life situations. We often help family members understand when and how to advocate for a loved one in a manner that is productive and, ideally, non-adversarial.

Sometimes we help clients work together with the hospital to manage a difficult third party, typically a child or sibling, who is making the situation more difficult.

We have observed that watching a loved one die can provoke reflection about how one envisions his or her own dying process. We often have clients seek our assistance to draft detailed powers of attorney to ensure their children will not have to go through the same traumatic experience that they recently went through while caring for their parents. Please contact us if you would like to execute or revise your powers of attorney.

[1] Section 7 of the Trillium Gift of Life Network Act only states that “[f]or the purposes of a post mortem transplant, the fact of death shall be determined by at least two physicians in accordance with accepted medical practice”.